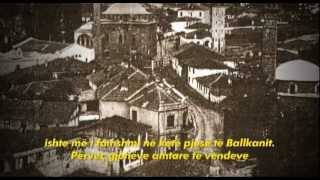 In 2005, the United Nations designated 27 January as an International Day of Commemoration in Memory of the Victims of the Holocaust. The reason this date was chosen, is that on that day, in 1945, the Red Army liberated the concentration and death camp of Auschwitz. This was not the end of the slaughter of World War II, which cost the lives of some 35 million people, most of them civilians. The war was to continue for over three months more. Some ten days prior to the l
11 views0 comments
ARON HELLER

Dutch Israeli holocaust survivor Mirjam Bolle is seen in her house in Jerusalem, January 20, 2016. (AP Photo/Sebastian Scheiner) — Throughout the Nazi occupation of Amsterdam, and while incarcerated in two prison camps, Mirjam Bolle wrote letters to her fiance that she never sent but hoped to share with him after the war. Yet when the two ultimately reunited she decided to leave the past behind and stashed them away. Now, decades later, she has published them as a memoir. The
10 views0 comments